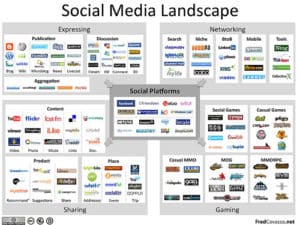 During a time in which most traditional publishers are losing media revenue, Alphabet, Google’s holding company, has solidified its status as the most dominant force in the industry, a status clearly evidenced by a recent report indicating that Alphabet is currently in control of 12 percent of global media spend. In the United States, Alphabet outpaces the second-ranking company in the ad spending it collects by an astonishing 166 percent, with the bulk of the $60 billion it generated coming from the ad sales of Google and YouTube.

Luke Weil, an investor and social entrepreneur familiar with stimulating an impressive degree of growth across his diverse endeavors, disagrees with the popular notion that there is no longer any place for traditional media outlets in the digital age over which Alphabet has thus far reigned. Instead, Weil perceives this sea change as an opportunity for traditional media outlets to shift the manner in which they do business based on the model Google has outlined.

The Washington Post is an excellent example of this concept in practice. Under the ownership of Jeff Bezos, the tech entrepreneur who founded Amazon.com, the Post has created and implemented Arc — a content management system it is now selling to other news publishers — and has also introduced a progressive web application designed to improve the functionality of the site for mobile users. The Post’s efforts have also resulted in a significant improvement in page load speeds and a streamlined user experience, both of which are concepts gleaned from the example set by Google and the other digital media titans now driving the industry forward.