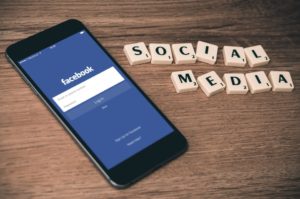 Social media and mobile devices represent increasingly critical platforms for news consumption, with a recently published report stating that nearly 90 percent of all Americans utilize social media and mobile devices to access news and current events. While it should come as no surprise that the digital realm has forced many of the more traditional news sources to confront an existential threat, the role played by social media in shaping the way news is consumed and even reported has far-reaching consequences that extend into other industries like public relations and marketing.

Most marketing firms recognize the importance of social media and make a point to incorporate social media strategies into the comprehensive marketing campaigns they develop. As a result of this increased focus, there has been a sharp rise in demand for a highly effective social media proposal template that demonstrates to clients the efficacy of the marketing firm’s approach to social media marketing and its ability to leverage the most widely used platforms.

Any marketing campaign is designed according to the unique needs of the specific client, but there are now few who would disagree that a thorough social media focus is absolutely critical for use in a campaign regardless of the individual needs of the client. Certainly the campaign aspects involving social media will be tailored according to those specific needs, but there is no question about the fact that social media has to be included as a key area of focus. This is why marketing firms have to be able to demonstrate a clear aptitude for leveraging social media when negotiating with prospective clients.

There are other benefits to using such a template as well, including the fact that a social media proposal template can increase the overall efficiency of the proposal process, thereby allowing the firm to focus on putting together marketing campaigns while continuing to seek new and innovative approaches to marketing in general.

The Role of Adaptability and Customization

It’s worth noting that a social media proposal template should include several critical functionalities, including a high level of customization so the marketing firm can explicitly detail the methodologies it will use during the course of a social media marketing campaign. Since social media is such a major resource for all kinds of information, the ability to adapt the marketing template to reflect the most current best practices is of immense importance, so the template should be easily customized to ensure that prospective clients can be secured quickly and easily.